CHIANG RAI -MARCH 12 2006: Unlike the more vicious fights in Indonesia, Thai cocks do not fight to the death - the birds are worth too much and the owners do not want to lose them. When one is knocked out or attempts to escape the ring, the fight is over, and the birds will return to fight another day. Fear of Bird Flu caused officals to ban Thai cock fights in 2005, but a persistent movement of Thai's claiming the social significance of the sport and a reduction in Bird Flu cases has allowed the fights to resume. (Photo by Logan Mock-Bunting) 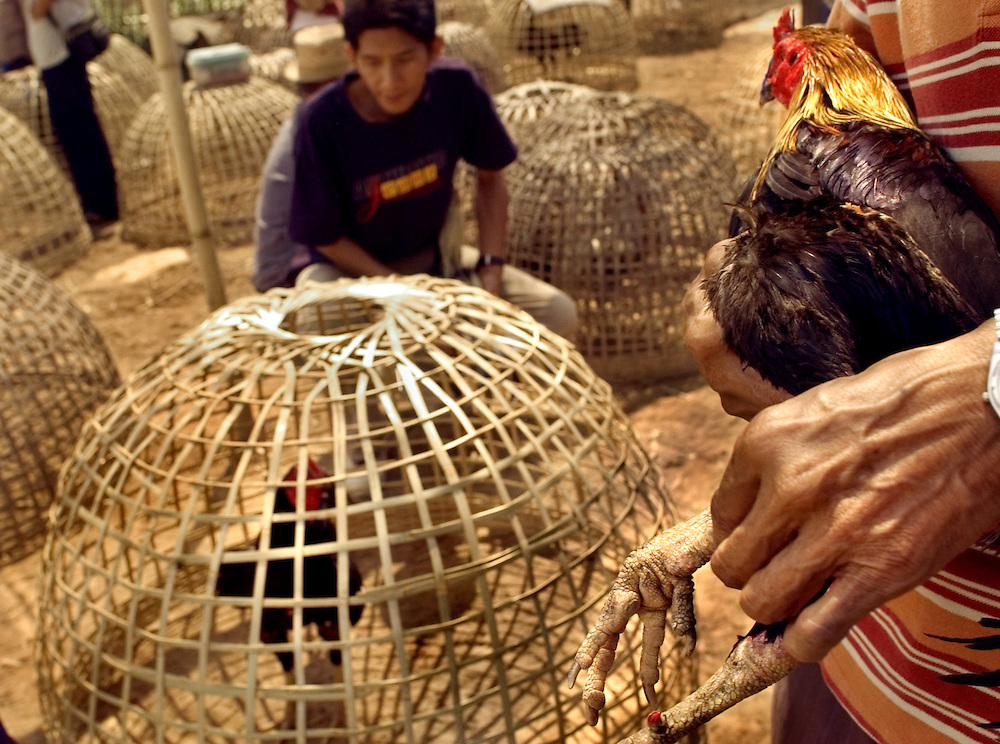